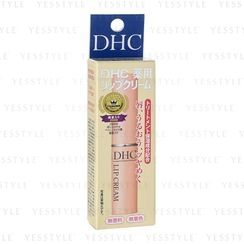 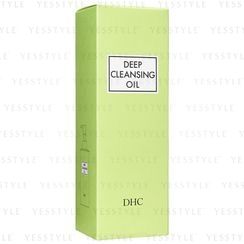 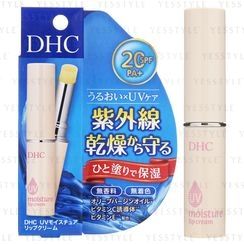 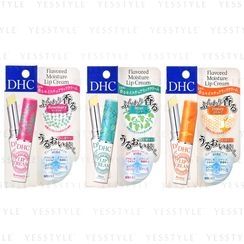 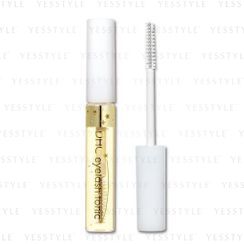 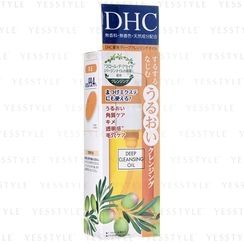 It may surprise you to learn that DHC started out in 1972 as a translation business. Its name, which stands for Daigaku Honyaku Center (University Translation Center), indicates its original business model. The company has since ventured out and become a leading manufacturer of cosmetics and supplements in Japan. A key player in the Japanese beauty industry, DHC embraces the wabi-sabi aesthetic, a philosophy that appreciates the beauty of imperfection and impermanence. The brand translates this into products that encourage users to feel beautiful in their own skin.

DHC traces the origin of the Japanese double cleansing method back to the way geisha apply and remove makeup. Celebrated for centuries as the ideal of Japanese beauty, the traditional female entertainers are known for donning snow-white face powder with contrasting bold red lips. At the end of the day, the heavy makeup is removed with emollient oils, followed with a foaming cleanser to thoroughly remove any residue – a double cleansing. DHC believes that the art of double cleansing goes deeper than just the surface of the skin, as it’s also a time-honored tradition.

As a perennial bestseller and a cult classic, the award-winning DHC Deep Cleansing Oil, commonly referred to as the DHC Cleansing Oil, is the most well-known DHC cleanser. The 100% organic oil-based formulation possesses amazing cleansing power to effortlessly dissolve impurities, dirt and even the most stubborn waterproof makeup. Boasting a silky texture that leaves zero oiliness, the DHC oil cleanser leaves skin feeling hydrated and soft, and helps protect skin against free radicals. Infused with a dash of rosemary leaf oil, it has a refreshing feel and scent that makes washing your face a luxurious experience.

What’s double moisturizing? In comparison to applying moisturizers when the skin is dry, DHC recommends that moisturizing in two separate steps is better for the effectiveness of the products, as well as for improving skin’s moisture retention. The first step of double moisturizing is a liquid-type lotion/essence to soften the skin, so that anything applied after can be absorbed more effectively. Most of the time, liquid lotions come with added benefits such as calming, soothing and anti-aging properties. The DHC Mild Lotion is one of the brand’s most popular liquid lotions. Formulated without parabens and alcohol, this liquid lotion is infused with cucumber extract and licorice to calm and relieve irritated and sensitive skin, while added glycerin helps protect the skin’s moisture barrier.

The second step of moisturizing usually features richer formulas that are packed with concentrated ingredients to leave skin supple and youthful while also addressing other concerns. Hailed as the best night cream by platforms like Bustle, DHC’s Extra Nighttime Moisture is chock-full of hydrating and skin-nourishing ingredients that make waking up to soft and supple skin achievable. Aside from the usual ingredients, the bestselling DHC moisturizer also incorporates hydrolyzed collagen to help improve elasticity and fight signs of aging.

To get the best results, DHC recommends a simple 4-step skin care ritual that can be easily implemented with its products. Combining double cleansing and double moisturizing, the routine starts with an oil cleanser to remove the first layer of dirt, impurities and makeup from skin. In the second step, use a foam cleanser that gently banishes any remaining residue including sebum, pollutants and grime that may be still clinging to pores. Thirdly, a liquid lotion acts as the first layer of hydration, which is usually quickly absorbed into skin to set the base for deeper moisturizing. To conclude the routine, the moisturizer step provides richer and more intense moisture to skin while functioning as a barrier to lock everything in for maximum efficacy.

As an add-on to the 4-step routine, an eye cream will help address and improve the delicate skin around the eyes. Among DHC’s eye creams, the CoQ10 Eye Cream (also known as the coenzyme Q10 Eye Cream) is an antioxidant treatment that improves the appearance of fine lines and crow’s feet. For younger skin that is battling puffiness and dark circles, the Eye Bright from DHC comes in a lightweight gel packed with caffeine, sodium hyaluronate and botanicals to soothe tired under-eye skin.

DHC care extends to the lips as well. The DHC Lip Cream has been a must-buy for travelers visiting Japan for years! The ultra-moisturizing and soothing lip balm is packed with botanical ingredients along with DHC’s star ingredient of olive oil to supply ample hydration and relieve lips of environmental stress and dryness. It also contains squalane and ginseng root extract to prevent irritation and keep lips soft for a long time. The DHC Lip Cream glides on smoothly and leaves a non-greasy yet dewy, wax-like finish.

If there’s anything that DHC also promises, it’s simple yet sturdy packaging. The Lip Cream comes in a lipstick-like container to ensure ease of application and hygiene. Popular beauty bloggers, such as Nicole from myBeautyCravings, often praise the longevity and sturdiness of the Lip Cream’s case in comparison to standard lip balms.


What DHC Products should I use?

As one of the trailblazers for beauty products that marry science and natural ingredients, DHC has gained a loyal following thanks to its honest approach to skin care. The Japanese brand’s mission is to make users fall in love with their own skin again. Despite a minimal lineup, DHC caters to a wide range of skin types and concerns. Whether your skin is young or mature, stressed or oily-prone, DHC’s bestsellers, like the Deep Cleansing Oil, Mild Lotion and Extra Nighttime Moisture, can be enjoyed by everyone as the brand uses only pure and natural ingredients. Outside of Japan, DHC products are available on the brand’s official DHC USA and European region websites as well as YesStyle.com. Start your skin care journey with DHC, and a cleansed, hydrated and supple complexion will be waiting for you!